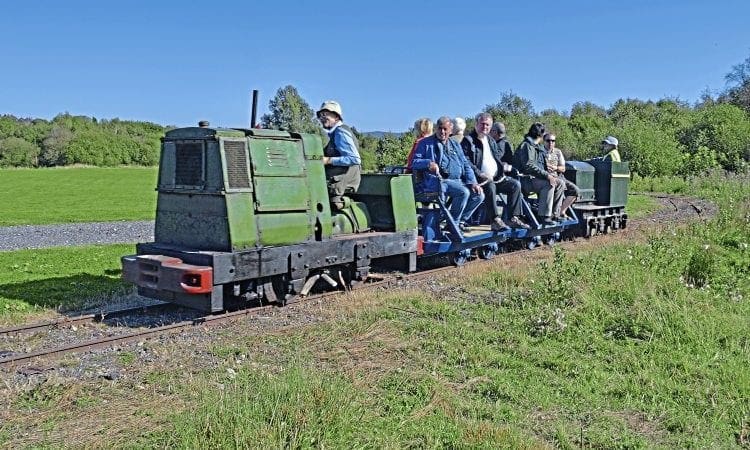 MOSELEY Railway Trust (MRT) harked back to its roots during its September 21-22 50th anniversary celebration at Apedale Valley Light Railway by operating passenger rides on its ‘Field Railway’.

These basic rides, recalling the spirit of operations half a century ago, were undertaken using skip wagon underframes fitted with back-to-back seats and safety chains.

This was the first, and probably only time passengers had been carried on this otherwise demonstration line.

Trains were worked top-and-tail by pairs of internal combustion locos, six locos being involved at various times during the event.

Displayed following cosmetic restoration was 20in-gauge 20DL Ruston diesel 354013/1953, which was effectively MRT’s original loco No. 1, rekindling memories for trust members who first learned to drive locomotives in the 1970s using this loco.

It was acquired in July 1970 and ran at MRT’s old Cheadle Hulme school line until 1977, when the decision was made to change to 2ft gauge.

The loco was sold back into industry and subsequently returned to preservation under the care of Darlington Railway Preservation Society (DRPS).

DRPS has placed it on loan to MRT, which will restore it to full operational condition.