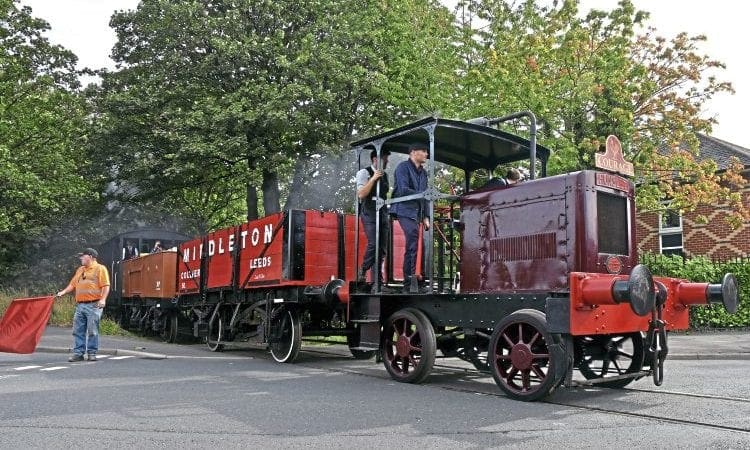 FORMER brewery 4wD Courage (Hunslet 1786 of 1935) made a rare outing during the Middleton Railway’s Work’s Outing gala on September 14-15.

The locomotive was operated on the rarely used Balm Road branch.

Here, it leads a demonstration goods train over Moor Road level crossing on the first day of the event. A wide variety of resident historic steam and diesel locos were in action, combining with the Heritage Open Weekend scheme.

This loco is a remarkable survivor as it was delivered to John Courage’s Alton brewery, Hampshire, in 1935, but rail traffic was replaced by road vehicles soon afterwards.

It was retained at the Hampshire brewery for more than 30 years before it was disposed of. It was then delivered to the Middleton Railway by rail, on a ‘Lowmac’ wagon.

It weighs 6½tons, has a 22hp Lister engine, and is rated with a tractive effort of 1,800lb. Despite its low power, it has proved useful on many occasions for stock movement at the Leeds railway. Picture: BEN BUCKI