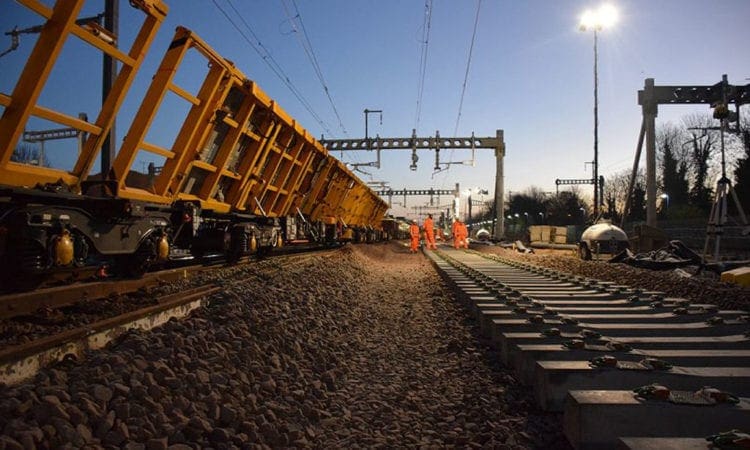 Passengers “will benefit from a better, more reliable railway in 2020” according to Network Rail – thanks to upgrades taking place over Christmas and New Year.

The work in the North West and Central region – which runs from Euston and Marylebone in London, to Scotland via the West Midlands and North West – has been planned to impact the fewest number of passengers possible.

Nationally, more than 20,000 railway staff will deliver around 380 separate projects over the festive period.

Most of the improvements will happen from the end of service on Christmas Eve until the railway fully reopens on 27 December.

Tim Shoveller, managing director of Network Rail’s North West and Central region, said: “While people enjoy time with their friends and families over Christmas, thousands of Network Rail staff will be working round-the-clock to maintain and improve the railway to provide passengers with better, more reliable journeys in the New Year.

“I know there is never a good time to disrupt journeys while we carry out large pieces of work but whenever possible we do this at times when there are significantly fewer people travelling by train, such as Christmas and other bank holidays. I appreciate people have important plans so I urge them to please plan ahead and check before they travel for the latest journey information.”

Major projects on the North West, Central and West Coast Mainline South routes between 24 December and 27 December include:

While there are no trains on Christmas Day, some services do run on Boxing Day. Chiltern Railways will be running services between Marylebone and Oxford Parkway via Bicester Village.

Chiltern services will be impacted by work to replace track near Haddenham and Tame Parkway on 29 and 30 December. A bus replacement service will be in use and information can be found out at www.chilternrailways.co.uk/tickets-and-times/changes.

In the North West, track will also be replaced and a foot crossing renewed near Warrington between 1 and 2 January.

Passengers whose journeys could be affected are being urged to plan ahead and check before they travel at www.nationalrail.co.uk or with their train operator.