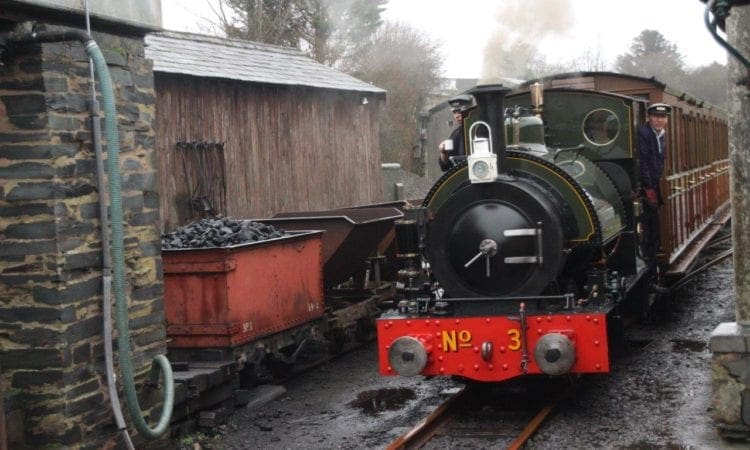 As part of the BBC’s programme of Classic Films being aired during the Covid-19 lockdown period, the classic Ealing Comedy ‘The Titfield Thunderbolt’ is being shown on BBC2 this Wednesday (April 8) at 3.25pm. However, the feel-good film is not being broadcast on BBC2 Wales, so viewers will need to watch it either on another regional variation of the channel or on the BBC’s iPlayer, where it is set to be available shortly after broadcast.

The 1953 film concerns a group of villagers trying to keep their branch line operating after British Railways decided to close it. Written by T. E. B. Clarke, the film was inspired by the story of the Talyllyn Railway in Tywyn, Gwynedd. This friendly 2ft 3in gauge line is the world’s first preserved railway run by volunteers.

As the country is stuck indoors due to the coronavirus lockdown, this classic film could have a larger viewing than usual. Wanting to make the most of this opportunity, the volunteer-led Talyllyn Railway is hosting its own ‘Watch Party’ on social media at the same time as the film is being aired.

Many of the incidents seen in the film were inspired by real-life events which happened on the Talyllyn that T.E.B. Clarke heard about when he visited the railway and met the manager, Tom Rolt, who had been one of the founders of the Talyllyn Railway Preservation Society.

Among the scenes inspired by events on the Talyllyn are the emergency re-supply of water to the locomotive by buckets from an adjacent stream, and passengers being asked to assist in pushing the carriages. With the help of television presenter, Tim Dunn, the Talyllyn Railway will be highlighting scenes from the film which relate to the Talyllyn on Facebook and Twitter as the film airs.

The modern day Talyllyn Railway is facing its own problems as, like many other tourist attractions, it has had to close due to the virus lockdown. This has resulted in considerable financial upheaval. Wanting to take every opportunity and have started an appeal for funds and are promoting people to come on a ‘Virtual Visit’.

General Manager, Stuart Williams said: “In the 1950s the pioneering spirit shown by the original volunteers captured the imagination of many, including the filmmaker T.E.B Clarke. We now face similar challenges with the temporary closure of our line, that will set our preservation and development plans back many years. All heritage railways in the UK are faced with the same predicament, but as the very first railway in preservation we hold a special place in many people’s hearts.

“We are asking for people to donate £10 when they watch the film with us. Give a ‘Tenner for Titfield’, and help the real life Titfield line survive for many years to come.”

How you can help

Donations to the appeal can be made online at www.justgiving.com/campaign/talyllyn-appeal2020 . Alternatively, visit the railway’s Covid-19 Update page or support the railway’s online shop.