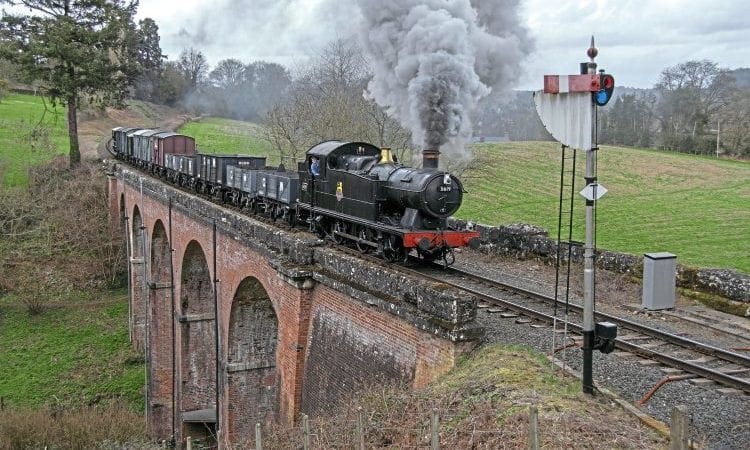 The Keighley & Worth Valley-based locomotive was failed on the Friday (March 15) with leaking tubes and was towed back to Bridgnorth on the rear of a service train, where it was repaired in time for the following day’s operations.

There had been initial concern it could not be fixed until Sunday, and the failure led to a small number of cancelled services, but late running was kept to a minimum.

The other guests included a GWR trio in pannier No. 6430 from Llangollen, Large Prairie No. 4144 from Didcot and 0-6-2T No. 5619, which is owned by the Telford Steam Railway. All three also have strong links with the South Wales Valleys.