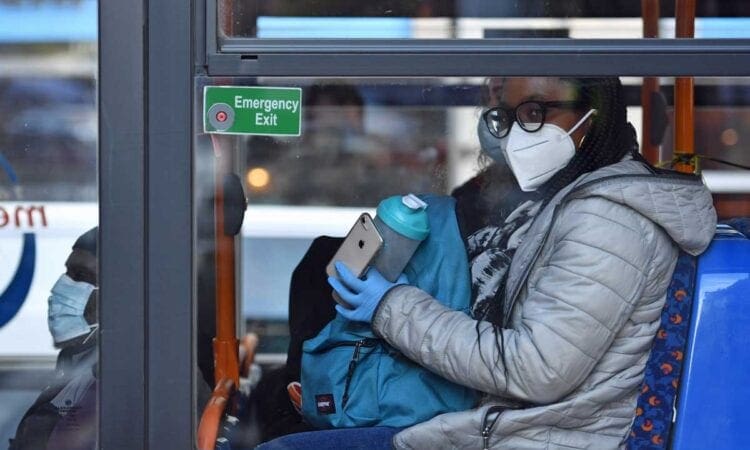 Transport for London (TfL) has agreed a third Government bailout to keep services running amid the collapse in demand for travel during the pandemic.

The Department for Transport said the latest package is worth £1.08 billion and runs until December 11.

London Mayor Sadiq Khan, who chairs TfL, said it is “not the deal we wanted” but it ensures “we can continue to run vital transport services at this crucial time for our city”.

Caledonian Sleeper workers will take strike action for 11 days later this month over a pay dispute.

The Rail, Maritime and Transport (RMT) union held a ballot claiming service operators Serco “attempted to impose a pay freeze on hardworking staff who have kept the service running throughout the Covid pandemic”. All staff grades were involved in the ballot, which returned an 85% vote last week in favour of a strike.

The rail industry is marking LGBT Pride Month with various events across June.

Rail industry presents: Pride festival will run from June 14-25, bringing employees from across the rail sector together, generating discussion around LGBT+ issues and driving progress around inclusion to make the railway a more welcoming place for all passengers and staff.

The locomotive travelled from the National Railway Museum in York to Statfold, ready for public display in time for the Enthusiast Weekend: Trangkil 50 event on June 12/13.

Any relaxation of requirements for face coverings and social distancing in England from June 21 must apply to public transport to avoid it facing a “stigma”, an industry body has claimed.

Tom Bartosak-Harlow, from the Confederation of Passenger Transport (CPT), said “we need to see public transport moving at the same pace as the rest of the country”.

He said: “If you no longer have to wear a face covering in certain situations such as hospitality and retail but you do on public transport, we think that would undermine confidence in public transport.”

A special visitor is returning to the Isle of Wight after an absence of 85 years.

Steam locomotive ‘Knowle’, one of the A1X ‘Terrier’ class is visiting the Island to be part of the Railway’s 50th Anniversary Gala this weekend.

The locomotive worked on the Isle of Wight between 1929 to 1936 where it was named ‘Bembridge’ following the tradition of naming engine’s after the Island’s towns and villages. The engine would have been used on the Island’s quieter branch lines.

No “significant defects” were found in a tram that overturned in Croydon, killing seven people, an inquest into the deaths has heard.

Our transport network has never been cleaner. Since September, Imperial College London has run monthly tests for coronavirus on the transport network and found no trace. You can read their recently published report.

You must continue to wear a face covering over your nose and mouth at all times when on the transport network, unless exempt. The overwhelming majority of people are complying with this requirement, and the British Transport Police, the Metropolitan Police and our own officers are on the network to check compliance. Fines of up to £6,400 exist for anyone who does not comply.

Please also wash or sanitise hands before and after travel.

Due to the coronavirus, the following service changes will be in place until further notice:

London Tramlink: No service between Coombe Lane and New Addington due to an obstruction on the overhead wire. GOOD SERVICE on the rest of the line.

Please plan ahead and check before you travel.

All day on Saturday 12 June no trains will run in either direction between Airport and Regent Centre, to allow for over head power line work.  A replacement bus service, number 900 will be calling at or close to all of the affected stations. Kingston Park level crossing will be closed all day to pedestrians and road vehicles.  A shuttle bus will be in operation from about 5.20am until 12.20am, to take you to the opposite side of the tracks. Your journey will take longer, so please leave extra travel time.

England has now moved to the next step of the Government’s Roadmap out of Lockdown. The main change from Monday 29 March is that ‘Stay at home’ regulations have been lifted. Further details can be found on the Government’s COVID-19 Response – Spring 2021 page.

There are no incidents reported.

As restrictions ease, we’re increasing some of our services from Monday 12 April. Yellow route services will go back to the normal timetable and evening and Sunday services will increase on the Blue route.

The Subway is running as normal.