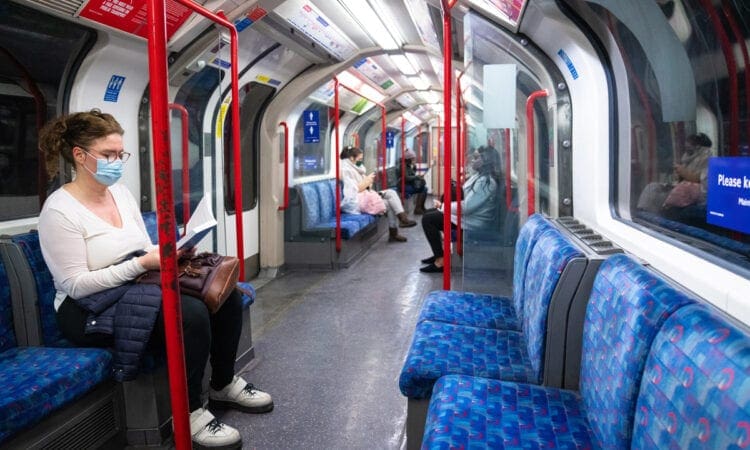 Demand for train travel will return to pre-pandemic levels despite currently lagging behind car use, a minister has insisted.

Department for Transport (DfT) figures show the number of journeys being made by train in Britain is approximately 57% of what it was before the coronavirus crisis, while car use has fully recovered.

Asked if train passenger numbers will return to normal, rail minister Chris Heaton-Harris replied: “I think we will but I don’t think there’ll be the numbers at the same times of day that there used to be.”

Before the COVID-19 outbreak, the rail network generally saw a surge in demand from commuters during the weekday morning and evening peaks, but was often quiet during other periods.

“We’re going to be sweating the assets in a very different way,” Mr Heaton-Harris told the PA news agency.

“The leisure market is recovering, and recovering strongly.

“Probably for the first time in the railway’s history you’re getting as many people traveling on Saturdays and Sundays as you are during the weekend, and in lots of places more.”

Mr Heaton-Harris warned that “rail has to compete for its market”.

It is fighting against “a whole host of factors” such as cars and virtual meetings, he said.

“We are going to have to be flexible, innovative.

“We now have a resilient, reliable, spotlessly clean railway with excellent people working on it with great customer service, and we now need to set about winning our market back.”

Mr Heaton-Harris added that demonstrating the attractiveness of train travel is an important factor in encouraging people who have switched to home working to return to offices.

“Rail needs to do what people expect it to do,” he said.

“Rail needs to be safe, reliable, clean and resilient so it bounces back very quickly if something goes wrong.”

The DfT published the Williams-Shapps Plan for Rail in May, setting out plans for sweeping reforms such as the creation of a new public sector body to oversee Britain’s railways.