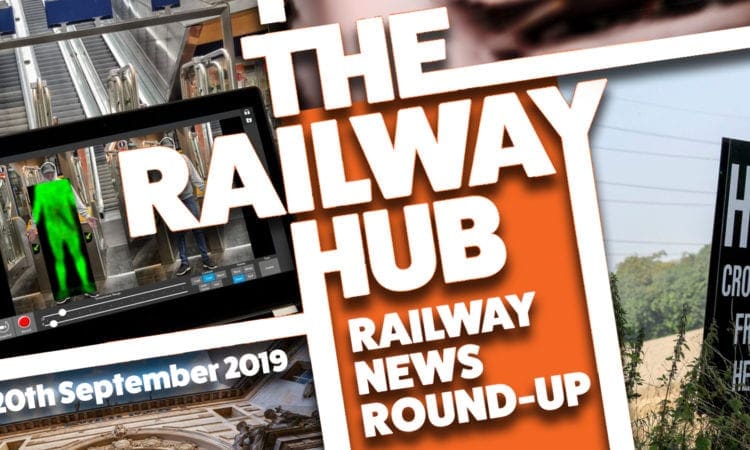 This week we cover a station in London battling the increasing violence in the capital by introducing body scanners, figures reveal Hull Trains had the worst on-time figure of 36.8% as Grant Shapps claims new statistics will stop masking whether trains are really on time.

One in three rail services run late in the UK

Tougher rail performance measurements show fewer than two-thirds of scheduled stops at stations were made “on time” during the 12 months to the end of June.

A passenger watchdog described the figure of 64.7% as “not acceptable”.

New standards mean trains are considered to be punctual if they are within a minute of the schedule, rather than the previous five or 10 minutes. Transport Secretary Grant Shapps claimed the new statistics will “stop masking whether trains are really on time”.

A man has died while working on a moving walkway at Waterloo station.

British Transport Police said in a statement: “Officers were called just after 2.20am this morning (September 18 2019) to London Waterloo Underground Station following reports that a contract worker had received an injury.”

“London Ambulance Service and London Fire Brigade were already on scene and it became apparent the incident was more serious. Lifesaving attempts were very sadly unsuccessful and a man was pronounced dead at the scene.”

The death is being treated as unexplained.

A £500 million contract to build trains for a Metro system has been won by a Spanish firm which beat a British factory 30 miles away from the buyers, an elected mayor has said.

Ben Houchen, the Conservative Tees Valley mayor, has called for a rethink after the Hitachi Rail Newton Aycliffe plant in County Durham failed to land the major deal to design, build and maintain new trains for the Tyne and Wear Metro system.

He called the decision “appalling” and said the local councils which “have complete control over this contract” failed to protect jobs.

However, this week transport bosses have denied an elected mayor’s claim that a £500m contract to build new trains has been awarded to a Spanish firm ahead of a British plant 30 miles down the road.

But the rail operator Nexus insists no decision has been made between Hitachi, Swiss firm Stadler and the Spaniards CAF. A spokesperson said the choice will be finalised over the coming weeks and it will be announced in January.

The UK’s oldest train fleet is to be replaced through a £26 million investment into the Isle of Wight’s railway, the Government has announced.

Former London Underground trains built more than 80 years ago will stop serving passengers on the 8.5-mile Island Line between Ryde and Shanklin.

Clearances of ancient woodland for HS2 must be stopped while the project is reviewed unless they are necessary to avoid major costs and delays, Transport Secretary Grant Shapps has announced.

Mr Shapps has ordered HS2 Ltd – the company building the high-speed railway – to assess what removals can be halted until after the inquiry led by the firm’s former chairman Douglas Oakervee is completed.