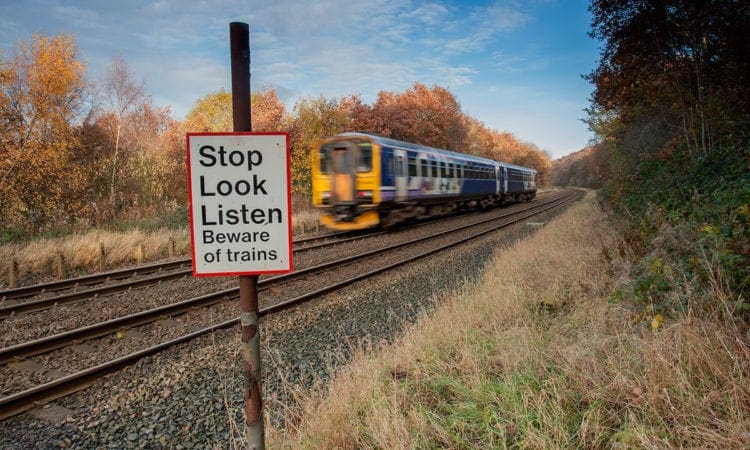 This week, HS2 comes under fire again & Network Rail are accused of not acting on fog risk.

HS2 ‘will not solve the problems facing rail travellers today’

HS2 should be scrapped in favour of upgrading existing rail routes and building new rail links between mainlines, according to a free market think tank.

A report by the Adam Smith Institute argues that alternatives to the high speed railway can deliver increased capacity and reduced journey times for less money.

It warns that HS2 risks being a “massive black hole” for taxpayers and HS2 should be scrapped. Full story.

Delays as person hit by train at Newark Northgate

A woman has died after being hit by a train at Newark Northgate station on Wednesday afternoon, causing services to be cancelled or delayed as far as between Edinburgh and London.

The incident happened at around 1pm at Newark Northgate station. Emergency services attended to a report of a casualty on the tracks, and the person was pronounced dead at the scene. British Transport Police have informed their next of kin.

LNER said shortly after 1pm: “We are saddened to announce that a person has been hit by a train at Newark. Full story.

A fatal accident investigation has found that Network Rail does not mitigate the effects of fog at some level crossings.

Jeffrey Foxall, a 72-year-old man, was struck by a train and killed while crossing the railway in Tibberton, Worcestershire, on February 19.

The Rail Accident Investigation Branch (RAIB) found that he would not have seen the train until it was four seconds away from the crossing due to fog.

Investigators noted in their report that this was not enough warning for pedestrians to use the crossing safely.

“The pedestrian, unaware of the approaching train, started to cross the railway when there was insufficient time for him to get to a position of safety on the other side,” it said.

The RAIB stated that Government-owned Network Rail does not actively manage the effects of fog on the safety of these passive crossings, which rely on the user to look and listen for trains. Full story.

160 years since the death of Robert Stephenson

This weekend marks 160 years since the death of Robert Stephenson, one of the greatest railway and civil engineers of all time.

Through cutting-edge transport technology, Robert and his father George Stephenson reshaped the Britain of their day.

Click here to check out a few facts you may not have known about ‘the son of the father of railways’.

Should snacking be banned on our trains?

Eating and drinking while on urban buses, trams and trains should be banned to help address the rising rate of child obesity, according to a report published today by the outgoing chief medical officer for England, Sally Davies.

We want to hear from you! Do you agree that the noise, smell or perhaps the mess from snacking on public transport means there should be a ban? Or, is it something that cannot be enforced? Let us know.