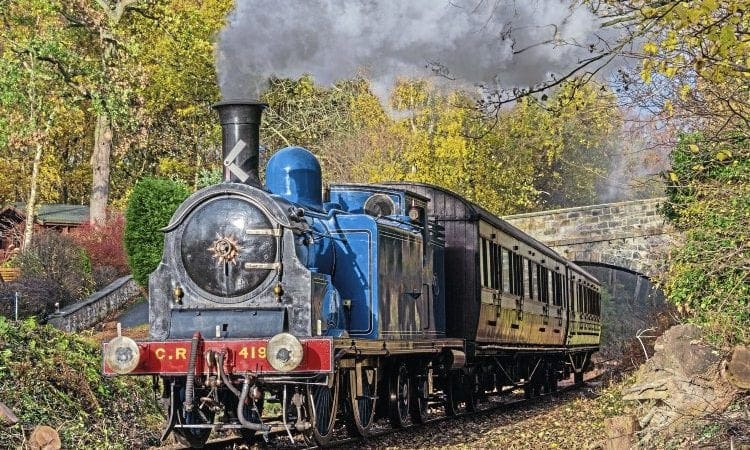 CALEDONIAN Railway ‘439’ class 0-4-4T No. 419 will journey to England later this month to deputise for ‘Manor’ No. 7827 Lydham Manor at the Churnet Valley Railway’s Winter Steam Gala on February 23-24.

The Scottish Railway Preservation Society (SRPS) loco, which returned to service following overhaul last October, has been released by the Bo’ness & Kinneil Railway after the Dartmouth Steam Railway rendered the ‘Manor’ unavailable.

An issue with the Devon line’s spare loco, ‘4MT’ No. 75014 Braveheart, which was to cover the ‘Manor’s’ visit to Staffordshire, has resulted in the Collett 4-6-0 having to remain on its home railway.

The urgent appeal for a replacement loco was eagerly accepted by the SRPS, providing an opportunity to showcase the John F McIntosh-designed loco on an English preserved line for the first time in more than 35 years.

SRPS spokesman Mark Ashmole said: “It is brilliant to be able to help a fellow heritage railway at such short notice. To see the engine operate south of the border is something really quite special and has not been seen for a long time.”